With the progress of globalization, maintaining the international competitiveness of the economy is an increasingly difficult challenge. It requires a significant modification of economic policy and business strategies. A new way of creating a competitiveness of enterprises is the concept of clusters.
They are an effective way to seek synergies effects arising from cooperation between different entities in the so-called triple helix, so business, academic institutions and public authorities. Clusters are an expression of a new way of thinking about economic processes, their organization and efficiency. They aim to facilitate the flow of information and create innovative channels of communication which is essential for the spread of innovation and knowledge.

General characteristics of clusters An American economist, Michael Porter, is considered as the founder of the idea of clustering. His research has initiated a time of rapid development of the theory of clusters and the attempt at an empirical verification of this concept. In 1990, Porter published “The Competitive Advantage of Nations” in which the theory of national and local competitiveness in the global economy context was formulated.
Porter found that a key role in the development of individual businesses and also their surroundings, so entire regions, play networks - specific economic linkages between the various participants functioning on the market. Porter presented the current paradigm shift functioning in the global economy, the transition from rivalry and competition for extensive collaboration and cooperation. He defines clusters as geographically proximate group of interconnected companies and associated institutions in a particular field, linked by commonalities and complementarities.
Cluster and cluster initiative It is important to distinguish the cluster and also the so-called cluster initiative. Cluster initiatives are actions taken by many groups of entities in order to create or improve the strength of the cluster. It can be stated that cluster initiatives are consciously undertaken efforts to improve competitiveness by engaging the cooperation of companies, local government and universities and R&D institutions in the field associated with the generation of specific products or services. Starting the cluster initiative may be the result of the bottom-up activities taken by economic entities interested in collaboration or may be the result of the top-down actions taken by public authorities. (...) 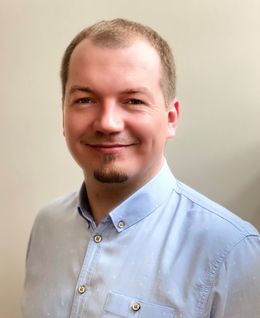