Zaloguj się
American banks started to use it. There is mentioned that the creation of this method is reaction on following problem: “At the end of each business day we should know what risks do we face at all types of trade we execute and at all places we do a business”.2 This was the background for origin of famous “message at 4.15”, i.e. at time of closing of business day, which presented all market risks by single overall number.3
During 90’s the VaR method expanded rapidly. The breaking time was October 1994 when the investment bank J. P. Morgan decided to set the standard for VaR measurement by issuance of RiskMetrics system. After that the method usage increased significantly.
At the times of high market volatilities the first deficiencies of the method are found.
It led to development of new modifications determined for measurement of specific risks.
The method was originally intended only for market risks measurement purposes but its current utilization is universal. It is applied for measurement of credit risk as well as operational risk. The method spread also into non-financial sphere where is used for numeration of financial risks, evaluation of cash flow riskiness or deciding about funding.
German conglomerations Siemens and Veba or Norwegian oil company Statoil belonged to pioneers of VaR usage among non-financial subjects. The Dell Computers company uses
VaR for its derivates in foreign currency as a one day 5% VaR.
Rapid expansion of VaR in 90’s was reaction on many financial catastrophes and turbulences at the markets all over the world. (...) 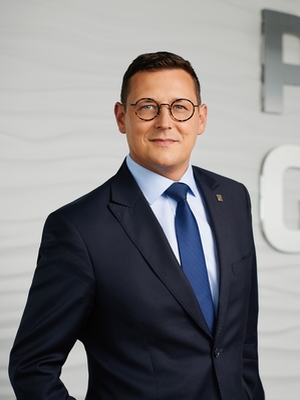