Zaloguj się
Abstract: The paper describes the role of rollover accidents in the road transport. The influence of vehicle type and body CG position is considered. Manoeuvre induced rollover is being described. The paper presents the results of analytical and simulation investigations on maximum possible biaxial truck and LTV lateral acceleration without rollover during curvilinear motion on an ideally smooth, horizontal, high friction road surface (i.e. untripped case of rollover).
1. INTRODUCTION
Already data sources in the mid-90s of 20th century [1, 12, 13, 17, 18] suggested that if we include traffic accidents related to the car rollover to the group of "car crashes" (among themselves or with elements of the environment), they constituted from 8% to 22% of events (depending on the data source.) The car rollover was the reason for 4% (France), 8% (UK), 12% (U.S.), and 15% (Sweden) of lethal accidents occurred during the collision, and from 3% (France) up to 16% (Sweden) of heavy human body damage. Based on the
NHTSA agency’s data in 2002 [13] in the U.S., out of the examined 11 million accidents of passenger cars, SUVs, pickups, and delivery vans, only 3% had rollovers. The accidents, however, were a cause of 33% of deaths from all accidents of the vehicles [16]. In the period of 1995-2003, approximately 10,000 people died each year in those types of accidents and approximately 27,000 people were injured [13]. According to the NHTSA data [13], 95% of the single vehicle rollovers are "tripped rollovers". Those types of accidents are the following: on the soft soil; as a result of contact with the route protective barrier, especially its initial element ("guardrail"), the curb, ruts; and on a steep slope. Only
5% of single vehicle rollovers are "untripped rollovers". Studies of such cases are simpler and more unique in evaluation of the results. It is believed that if a vehicle shows a propensity or resistance to rollover in the "untripped" type of tests, then it shall be indicating similar characteristics during the "tripped" type of tests. Therefore, the untripped types of open-loop tests (without a vehicle-driver-environment feedback) are the most
frequently conducted in experimental and simulation studies. Analysed are the cases of horizontal ground motion with a high coefficient of adhesion, and thus for the zero-lateral super-elevation and zero-longitudinal inclination of the road. Therefore, not included is the vehicle rollover, caused by contact of wheels with the obstacle (curb, shoulder), or a soft ground. (...) 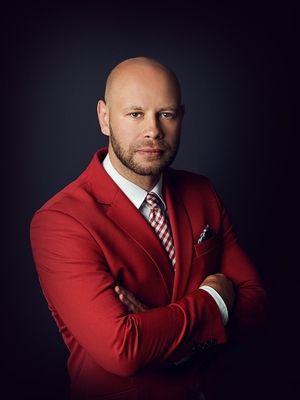